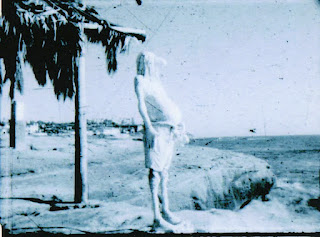 I was reading an article a few months ago about the history of San Diego (a subject that I geek out on). While reading about San Diego’s surf history I stumbled upon an article about a surfer-made statue that represented as the artist put it a “crummy surfer”, loosely model after himself. The statue was known as Hot Curl was first erected in 1963 by artist and self-described “crummy surfer”  Mike Domer (now 77) and his buddy Lee Teacher. The two built the 6’4” cement, scrap iron, and chicken wire statue and placed it next to the surf shack at Windansea beach in La Jolla. The statue was subject to love and hate and was taken down by City crews, only to be built again after passing city permit tests. Finally, a disgruntled surfer bludgeoned it to pieces late one night. Although the statute didn’t last long in its original location, a replica now sits in the Surf Museum. In addition to the current replica, Hot Curl became an icon of the surf movement in the 60s and continues to represent that early age of surfing culture today. Hot Curl has also been a comic for a number of years.

I love these old nostalgic stories of San Diegans in the “old days” doing crazy, weird and awesome things. The city was so much smaller then and was much more laid back. I figured I would honor the surf culture of San Diego through a beer. Karl Strauss makes a traditional hefewiezen called Windansea Wheat. I wanted to build off their model and create a beer that is just a little more San Diegan than a German Hefe. So I built a recipe for a Hoppy Wheat Beer (an IPW if you will). It is pretty standard wheat malt bill with an American Wheat yeast and American Hops. This beer should be a great porch sipper or a clandestine beach brew. Either way it should make a great summer beer. I hadn’t brewed  a hoppy beer in a while and when I opened my bag of Amarillo hops I was inundated by the amazing aroma of this hop, which continues to be my favorite hop. Here’s to Hot Curl! 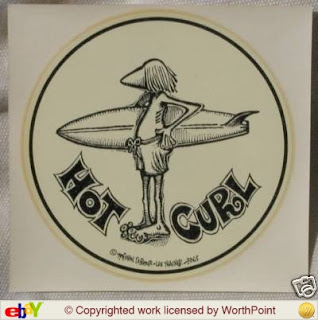