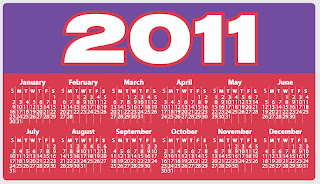 * Subject to change.
Dec. 2010:
Feliz Navidad-Deep Amber with Ancho Chili and Cocoa Nibs
BRETT!!!!! #2- 100% Brett C fermented Pale Ale with 100% Nelson Sauvin Hops
Jan. 2011:
Vanilla Bourbon Imperial Porter- Imperial Porter with vanilla bean soaked bourbon
Maulees Mild- Dark Mild, named after our calico cat
Feb. 2011:
WeeObese- A Wee Heavy, Wee Heavy.
1227- Lambic (the first of many annual lambics)
March 2011:
Elwood's Best Bitter- A sessionable nod to my Grandfather
Cedar Plank Pale Ale
Peppercorn Saison
April 2011:
Gruff-Oak Aged Bock
MLB: A Belgian Blond with Meyer Lemon Zest, and Lavender
WheatWine
May 2011:
Napolian's Dynamite- Berliner Weisse
El Diablo- Belgian Golden Strong
June 2011:
Westerlies Weizen: A Bavarian Hefe
Blonde- Simple Light Hybrid
Wits End-Belgian Wit Bier
July 2011:
Summer Saison- A Saison with Citrusy American Hops
Pale in Comparison- Extra Light Colored IPA
Pilsner
Pop Gose The Wesel- Gose Bier
August 2011:
Saison De La Mesa- A low strength table saison
Doughboy- Pre Prohibition American Lager
Festbier- Oktoberfest
Sept. 2011:
Bon Hiver- Belgian Dark Strong/Barleywine
Homegrown Pale- Pale with homegrown hops
Smoke on the Water- Rauchbier
Oct 2011:
Ded Moroz- Russian Imperial Stout
Feliz Navidad- Deep Amber Ale with Ancho Chili and Cocoa nibs
Nov 2011:
Old Oak:-Oak Aged Strong Ale (Based on Avery BC's Samaels)
The Spruce- Dark Ale with Spruce Tips
Flight Path Pale- A San Diego Style IPA
Dec 2011:
Black Friday IPA- A Black IPA, black in color only.
Vanilla Bean Dream- A light colored strong ale with vanilla bean added in secondary
Well this is my ideal list. I know it will change; some beers being deleted due to time or carboy/keg space. Some will be added, mainly sours or beers for events. I have most of the recipes I want to experiment with at this point and now it is just sitting down and brewing them. Does anyone else plan out a year of brewing?
In 2011 I also hope to develop a brewing collective in my neighborhood somewhat like the the guys at the Pacific Brewing Laboratories . I visited them earlier this month and had a great time. I loved what they are doing. My idea is to meet once a month. Essentially you invite a bunch of friends or friends of friends, and we would meet at my house or a friends and we would brew a batch of beer. As we brew we would teach anyone who is interested in learning about brewing and the rest of the attendees would drink homebrew from the tap. It is a great way to have fun, teach about brewing and brew beer. We would leave out a donation bucket and the money collected would be used to buy ingredients for the next batch. I hope to role out the first session in January.
I will update about my Feliz Navidad and BRETT!!! beers in the next few days.
Posted by Jeff at 7:47 PM 4 comments: