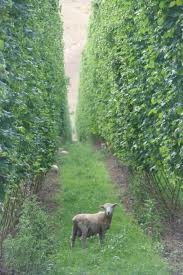 I recently saw a video cast of  Drew Beechum speaking at this year's NHC about simplifying the brewing process "Brewing on the Ones" .  In the video he speaks about SMaSH beers, which are Single Malt and Single Hop Beers, this got me thinking. I had bunch of 2-Row on hand and I just got some new varieties of hops that I wanted to try out (Motueka, Riwaka and HBC324 Experimental). I also recently stocked up on some new yeast strains and some that I wanted to use again. I wanted to make a saison using White Labs new Saison III strain, a strain I first tried at Drew Beechum's Saison for Every Season lecture at last years NHC. I was one of the people who emailed White Labs about releasing this strain, at last years NHC is was still an experimental and unreleased strain. I wanted to keep the beer simple so I could see how the Motueka hops and the Saison III strain would act. This strain is spicy and fruity like a traditional saison strain, but it also has this wonderful tartness that makes it  even more refreshing.  I also wanted to keep the beer lower in alcohol. The recipe wasn't a true SMaSH beer because I did us some flaked oats to add a slight amount of body and mouthfeel since I was only using 2-Row. I also boiled the first runnings for about 10 minutes to try and get some extra color and taste since 2-Row and Oats were the only malts. 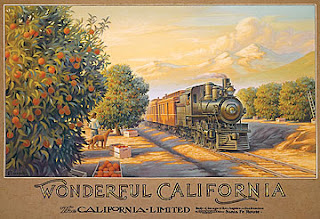 In my opinion Steam Beer aka California Common beer is the quintessential beer for seafood. It is hardy enough for a cool day, yet still refreshing enough for a warm day. It pairs well with all types of food and is a truly California native. Anchor Steam was one of the first real craft beers that I ever drank and it holds a special place in my heart. I brewed a batch as my second beer back when I was still making extract beer. It was okay but didn't really live up to the original. I wanted to give this beer another shot. I didn't have the correct hops on hand and since it isn't a hop forward beer, I figured it is okay. I substituted the Norther Brewer with a blend of Falconers Flight, Fuggles and Challenger. My thinking is that Falconers flight is similar to Chinook, and Chinook can be a substitute for Northern Brewer. Challenger can also sub for NB and the fuggles were to give that more traditional hop flavor. I'm also using a blend of White Labs San Francisco Lager Yeast, and SafLager S-23. My thinking is I would have enough strong yeast S-23 to ferment at lower temps and I would still get the characteristics from the San Fran yeast.